For The First Time, Overnight Fishing Will Be Allowed And Prize Categories Have Been Expanded

(Montauk, NY) —Star Island Yacht Club will host the 23rd Annual Mako, Thresher & Tuna Tournament, starting with the Captain’s Meeting on Thursday, August 20th at 7:30 p.m. Fishing begins August 21st at 6 a.m. and ends August 22nd at 5 p.m. With overnight fishing now available and more chances to win, this is a tournament the competitive sport fisherman does not want to miss.

Cash prizes will be awarded for the largest Makos and Threshers, and new this year, any species of Tuna, including Blue Fin. In addition, The Star Island Yacht Club is increasing the number of prize categories to include the Tuna category. Participants may only weigh in one shark per day, but may weigh in as many tuna of any species, including Blue Fin, provided that National Marine Fisheries regulations are followed.

For the first time, anglers may fish overnight. This is in response to participants in the past who would have liked to stay out overnight, in the event they didn’t have fish to weigh in for the first day, or if they weighed in earlier and wanted to get a head start on Day Two.

Last year’s competitors took home a combined $145,000 in total prize money, plus custom trophies, with 180 anglers aboard 47 boats competing for top honors. John Lowe aboard Jay Sutphen’s boat “Janusz” hauled in the Heaviest Thresher of the Tournament, a 224-pounder. Scott Shapiro on Matt Fuller’s “Scott Free” caught the Heaviest Mako of the tournament at 205 pounds. A total of eight Makos and one Thresher were weighed last year.

The entry fee is $750 per boat. For anglers who would like to get in on the action but do not own a boat, the Star Island Yacht Club Charter Boat fishing fleet is available for hire for one or both days of the tournament.

Dockage is on a first-come, first-served basis. Transient rates for this tournament will be $5.50 per foot up to 59 feet and $6.00 per foot for 60 feet and up. Utilities (electric, water and cable TV) are $30 for 30-amp and single-cord, 50-amp service and $50 for two-cord, 50-amp service. High-speed fuel pumps are now available at all slips. Dockage for the tournament is a three-night minimum stay.


video in html5 by EasyHtml5Video.com v2.4 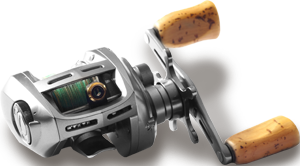 Website designed and maintained by The Public Relations and Marketing Group